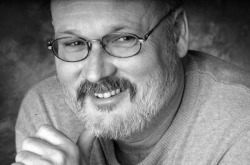 I've been a writer since all the way back in elementary school, when I'd compose short stories on those sheets of lined paper they kept in the storage cabinet along with the number two pencils and  little bottles of Elmer's Glue. Remember how those pieces of paper had thick blue lines to write on and were impregnated with all these little splinters of wood? Okay, so I'm dating myself. Anyway, I was writing at a very early age, then gravitated towards English and literature and any other school subjects that involved writing.

After high school, I spent two years at Cal State Fullerton, then two years at the University of Oregon. My first few jobs involved writing and editing for two different membership organizations, followed by a long stint as a writer at a university. I got my MFA in Creative Writing in 1992. I finally became a full time freelancer in 2005. By that time, I had written more than 100 articles for magazines, newspapers and special publications, along with a couple of novels that more or less lived in various desk drawers. By 2003 I had written my first book, and after a few false starts, I was fortunate enough to find a wonderful literary agent, Laurie Abkemeier. She connected me with Sasquatch Books in Seattle, and my book, Live From Death Valley, was published.

My second book was essentially completed in 2007 and published in 2008 by Sasquatch. This one was called Bretz's Flood, and was a biography of the rebel geologist who offered a theory that the channeled scablands of eastern Washington had been created by a cataclysmic flood. My research involved hiking and driving around the region and the idea of writing a guidebook came to mind. I approached The Mountaineers Books in Seattle, and they agreed that the book was a good idea. Before this, I had been contacted by a reference book publisher named Greenwood Press. They hired me to write a book about the Chinese Exclusions Act during the 1800s. That book was published in February 2011. Also in 2011, I was honored by the Washington State Historical Society, which awarded me the John M/ McClelland Jr. Award for excellence in writing.  My scabland guide book, Washington's Channeled Scablands Guide, was published by The Mountaineers in spring, 2012. The Mountaineers also published a revised edition of my Death Valley Book  in fall, 2013.  I have also written two novels, Westward Journey and The Fat Detective. Check them out!

My latest effort is a horror novel, set in (where else) the scablands and similar in style and tone as stories by H.P. Lovecraft. The book is titled Horror Beneath the Scablands and it's a fun read.

If you have a minute, take a look at the pages I've set up for each of my books. All my published books have links to Amazon.com, if you want to order! Finally, please drop me a line if you'd like. I love hearing from people who have read my books or who might have questions. I'll try to answer all emails as soon as I can!

One note to add  - many people have left messages for me and have asked for responses. But, when I try to send a response, I get a message that says your email addresses are nonexistent, or for some other reason the system at your end will not accept my emails. If you have written to me and asked for a response but have not received one, this is probably the reason why. You may wish to check to see if your email system is blocking emails from unknown addresses or throwing them into a trash file. Thanks!